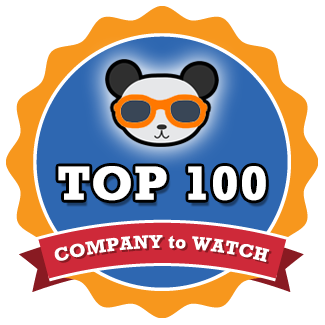 Video: Great time to be a Captain D's Franchisee

Captain D’s is the No. 1 seafood franchise in The Quick Serve Restaurant (QSR) 50, the annual ranking by QSR magazine. Captain D’s is more than four years into a brand relaunch that honors the quality that has always set them apart from other QSR seafood concepts.

This brand relaunch expanded the menu to include healthy, grilled options and re-imaged decor to attract a new generation of diners who are seeking seafood as a fast-casual meal alternative. The high-quality of food is key to Captain D’s success, and their buying process has enabled Captain D’s to provide consistent, affordable, high-quality seafood. Captain D’s purchases both wild-caught and farm-raised seafood. The fish are consistently quality monitored, from wild-caught or farm-raised to the facilities that clean and prepare the fish.

Captain D’s has more than 500 locations nationwide, about half the restaurants are owned by franchisees, the rest are owned by corporate. Captain D's high-quality seafood, warm hospitality, and commitment to innovation have helped them grow revenue. They received noteworthy recognition in the franchise industry by setting brand average unit volume records in 2012, 2013, 2014, and 2015; 2016 marked their 6th consecutive year of sales growth.  In 2014, average revenue at franchise-owned locations was up 4.4% compared with the year before, topping $1 million.

The QSR seafood market has few competitors, so Captain D’s has plenty of room to grow. Join this QSR seafood revolution!

Seafood from the best sources hand dipped in signature batter and breadings, served fresh with delicious sides.
Rating: 5 of 5 with 2 ratings
"Captain D’s is growing strategically"
"What makes Captain D’s successful today is the revamped brand — the new inviting colors, the lighting and the modern design change. Captain D’s is also growing strategically and has a spot in my heart and in my organization because we know that the growth is there."

https://uploads.gocdn.us/561_312_night shot 1.jpg Captain D's Seafood Kitchen Franchise OpportunityReview
Rating: 5 of 5
- Ben Patel
"People come first"
"I’ve been in the restaurant business for over 46 years, and I started at an hourly, entry-level position in 1968. I worked my way up to become a Wendy’s franchisee for 25 years and sold my interests in them in 2003. Since then, I’ve been concentrating on Captain D’s. 2011 was a big year, 2012 was really big, 2013 was even bigger, 2014 was huge. I was anticipating 2015 for our ability to keep growing at that pace, and sure enough our sales are even stronger this year! When you experience growth like that and are a restaurant owner, you credit it to your management of operations. In reality, a lot of the credit goes to the corporate management team and our CEO in particular. They’ve done a great job building up Captain D’s, and I make sure they know I appreciate it. The CEO sets the atmosphere and demonstrates that people come first. He is always giving people credit for the successes Captain D’s is having."